In the spring Leo Castelli Gallery, New York, presents Rosenquist’s recent room installation Horizon Home Sweet Home (1970). Like F-111 (1964–65) and Horse Blinders (1968), it is installed along the four walls of the gallery’s front room. The work contains no representational imagery. It comprises twenty-seven panels (twenty-one are colored, and six have reflective silver Mylar film loosely stretched over them) staggered along the walls of the gallery space, with dry-ice fog hovering along the floor.
The six panels with Mylar (a material also incorporated in Area Code [1970] and Flamingo Capsule [1970]) distort the reflections of the colored panels and the spectators in the room. Prior to the exhibition Rosenquist had developed and experimented with the Horizon Home Sweet Home installation in his Broome Street studio as well as in a loft space on Wooster Street owned by art dealer Richard Feigen. In the fall Castelli exhibits the paintings Area Code and Flamingo Capsule. Rosenquist travels to Germany in November with his wife for a solo show at Galerie Rolf Ricke, Cologne, featuring Slush Thrust (1970), another room installation. He is awarded the Friend of Japan Award from Kokusai Bunka Shinkokai (Japanese Society for International Cultural Relations), and designs a poster for the 1970 New York Film Festival.

In February, Rosenquist, his wife, and their son are seriously injured in an automobile accident in Florida. While his wife and son convalesce in a Tampa hospital, Rosenquist travels back and forth between Tampa and New York, renting a two-story studio on Wall Street in Lower Manhattan. He begins collaborating with Donald Saff at Graphic studio/University of South Florida, Tampa, where he produces the print series Cold Light Suite (1971). 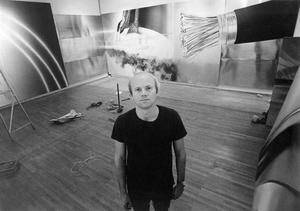 The Wallraf-Richartz-Museum, Cologne, and the Whitney Museum of American Art, New York, each host a Rosenquist retrospective this year. Evelyn Weiss organizes the retrospective James Rosenquist: Gemälde—Räume—Graphik for the German museum, which is installed at the Kunsthalle Köln. The Whitney presents the painting retrospective James Rosenquist, organized by Associate Curator Marcia Tucker, which travels to the Museum of Contemporary Art, Chicago. The Whitney show is negatively reviewed by John Canaday in The New York Times, who likens Rosenquist’s work to a corpse and the exhibition to a wake. In a letter to The New York Times, Rosenquist protests the critic’s choice of words in light of the 1971 accident that permanently injured his wife and son. “I know more about death than Mr. Canaday. I prefer life. Long live artists, long live art collectors, long live art dealers, long live art critics, but damn a person like Mr. Canaday,” he writes.15

Rosenquist demonstrates in Washington, D.C., against the Vietnam War, and is arrested and jailed for one night. He travels to London to work at Petersburg Press, where he produces several prints based on early paintings, such
as Hey! Let’s Go for a Ride (1961) and Pushbutton (1961). In New York he produces the four panels of the lithograph and screenprint Horse Blinders at Styria Studio with Marion Goodman, relating to the 1968 painting of the same name. Rosenquist will come to consider Horse Blinders to be his most important monumental print of the 1970s.16

Rosenquist rents two storefronts, at 1724 and 1726 Seventh Avenue in Ybor City, Florida, to use as a studio. Founded at the end of the 1800s by Cuban immigrants, Ybor City is part of east Tampa. By 1973 he is also renting a studio on the Bowery in downtown Manhattan, as he continues to work in both Florida and New York. In the Bowery studio he returns to large-scale painting with such works as Paper Clip and produces experimental hanging works, one of which incorporates the Coca-Cola logo and is made from Tergal polyester fabric. The latter work hangs dipped into a trough of colored ink, which is gradually absorbed into the fabric through capillary action.17 Rosenquist’s work is represented in the exhibition Contemporanea in the fall at the Villa Borghese, Rome. 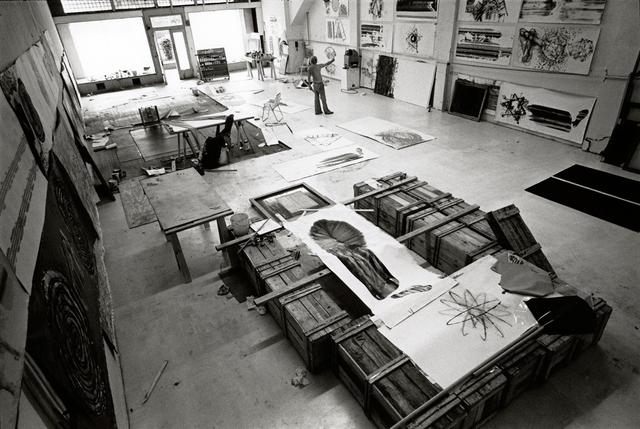 Rosenquist working on a series of drawings using an experimental technique of applying a blend of acrylic paint with a screenprint squeegee, Ybor City studio, Florida, 1974. Photo by Gianfranco Gorgoni 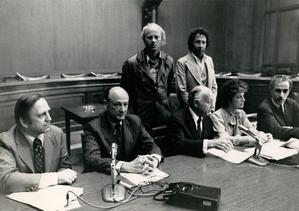 Rosenquist’s work is included in the exhibition American Pop Art, curated by Lawrence Alloway, at the Whitney Museum of American Art, New York. He completes the lithograph Off the Continental Divide (1973–74), the largest print ULAE has produced up to this point. This print addresses the flow of water from the Midwest to the East, reflecting Rosenquist’s own trajectory from Minnesota to New York.18 He attends a Senate subcommittee hearing with fellow artist Robert Rauschenberg to lobby for legislation regarding artists’ estate inheritance taxes and resale royalties.

In January, Rosenquist and the artists’ rights advocate Rubin Gorewitz address several hundred artists in Chicago about artists’ royalty legislation.19 Rosenquist designs a set for Deuce Coupe II, a dance choreographed by Twyla Tharpe and performed by the Joffrey Ballet at City Center, New York, in the spring. Rosenquist and his wife, Mary Lou, divorce. 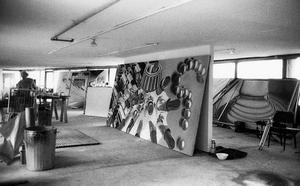 Rosenquist continues to travel back and forth between Tampa and New York, eventually purchasing land in Aripeka, Florida, forty-five miles north of Tampa on the Gulf of Mexico, on which he begins building a house with the assistance of architect Gilbert Flores. Shaped like a bow, the house is propped atop eighteen-foot-high stilts, which accommodate an open-air studio beneath the house.20 Rosenquist continues to acquire land adjacent to the original property, maintaining the natural state of dense, tropical vegetation.

Rosenquist works on Calyx Krater Trash Can, a limited-edition sculpture commissioned by the New York jeweler Sid Singer. This artwork is a small, hand-wrought, solid-gold garbage can that is fabricated and colored with oil paint by Rosenquist and etched by Donald Saff. It registers opposition to the Metropolitan Museum of Art’s decision to deaccession works from its permanent collection to finance the purchase of a Greek calyx-krater. Rosenquist is commissioned to create a mural for the new Florida State Capitol in Tallahassee. After Rosenquist’s friend Russian artist Evgeny Rukhin dies (allegedly assassinated by the KGB), Rukhin’s wife moves to the United States and asks Rosenquist to store her late husband’s canvases, which he does at his New York studio.

In June Rosenquist lobbies Congress with Marion Javits—wife of New York Senator Jacob Javits—and Robert Rauschenberg for legislation to permit artists to take deductions on their taxes for the market value of their artworks donated to nonprofit, educational, and other institutions; Rosenquist and Rauschenberg also attend a press conference organized by Senator Javits on the issue. In August the Senate passes Javits’s amendment to the 1969 Tax Reform Act, allowing artists to receive equitable tax credit for their donations valued at up to twenty-five thousand dollars.21

At the invitation of Joan Mondale, the incoming Vice President’s wife, Rosenquist attends the inauguration of President Jimmy Carter. Rosenquist purchases a five-story building on Chambers Street in New York, which he converts into studio and residential space. He produces the etching series Calyx-Krater Trash Can Suite at Pyramid Arts, Ltd., in Tampa, which relates to Calyx Krater Trash Can from 1976. Rosenquist begins working with Gemini G.E.L. in Los Angeles, producing three lithographs, two of which include attached elements. 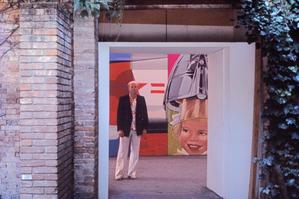 Joan Mondale asks Rosenquist to serve on the National Council on the Arts. He is appointed by President Jimmy Carter to a six-year term at the organization, which advises the National Endowment for the Arts. He travels to Venice to attend the thirty-eighth Venice Biennale, in which F-111 (1964–65) is installed. Rosenquist completes a monumental diptych titled Tallahassee Murals (1976–78), featuring symbols of Florida’s industry, economy, and natural environment including the state seal, the state bird (the mockingbird), a monarch butterfly, an alligator, a phosphate rock, palm and pine trees, cattle, crustaceans, and a cowboy hat.22

Rosenquist designs posters for the Institute of Arts and Urban Resources in Queens, New York (P.S.1); the Associates of the American Friends of the Israel Museum; and the inauguration of President John Brademas of New York University. The John and Mable Ringling Museum of Art in Sarasota, Florida, hosts James Rosenquist Graphics Retrospective, the first comprehensive survey of Rosenquist’s prints. 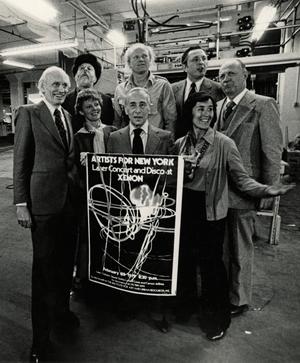